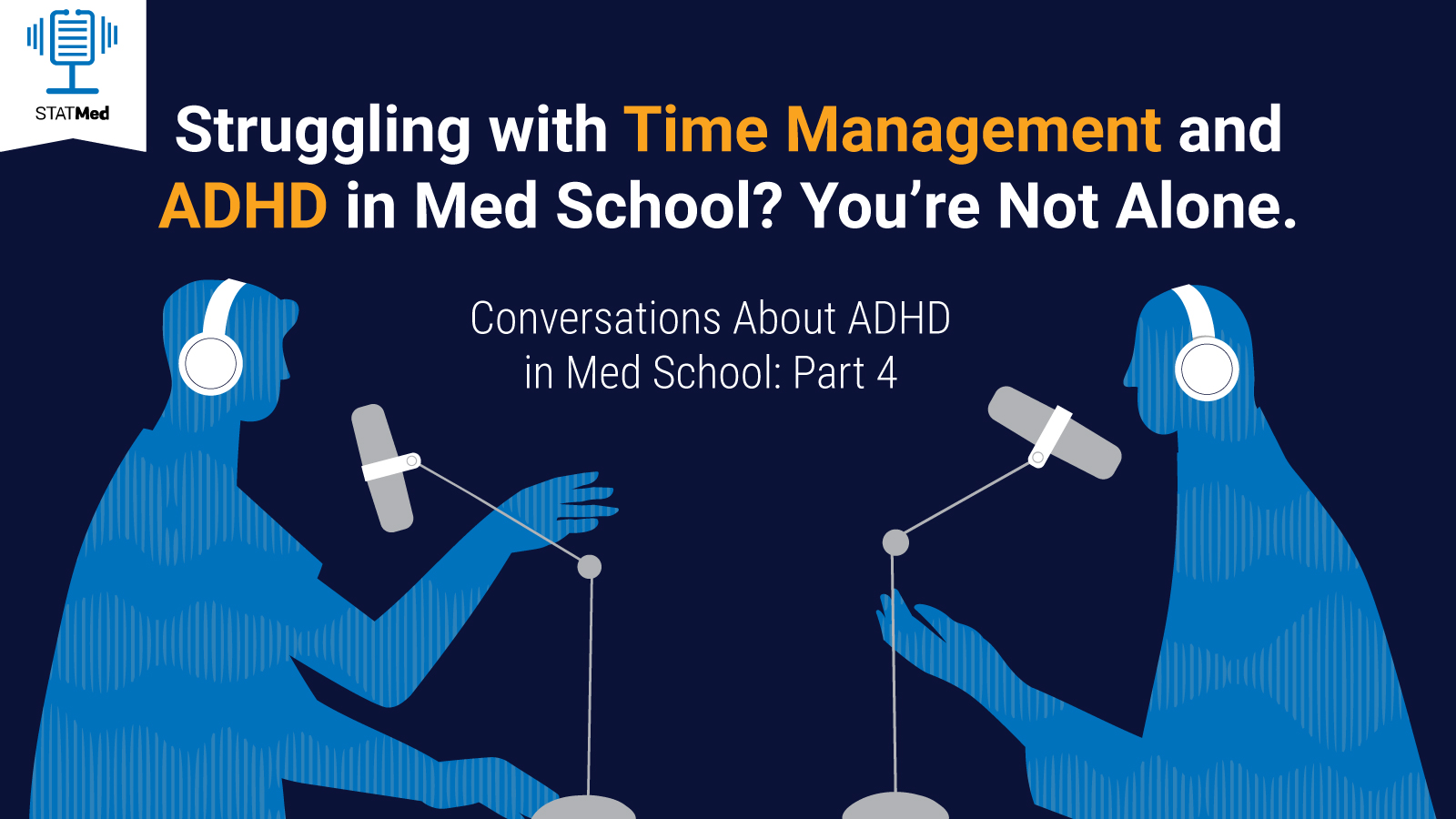 On the STATMed Podcast: Conversations About ADHD in Med School: Part 4

It’s happened to the best of us. You’ve got a laundry list of things to do, but before getting started, you sit down for a second and glance at your phone. Then, suddenly, it’s 3 hours later, you’re hungry, you’re confused, and you’ve inadvertently memorized three TikTok dances. (Maybe that last part is just us…) But, the point is, your day got away from you. When this happens occasionally, it’s not that big of a deal. However, if you keep finding yourself 3-hours later and very little to show for it, you may have a problem. Issues with time management and ADHD can go hand-in-hand, and the strategies you’ve used previously may not be cutting it anymore.

In the fourth episode of our podcast miniseries, Conversations About ADHD in Med School, host Ryan Orwig returns with Mike, a former STATMed class participant. They share how issues with time management and ADHD can derail medical students as they study or take boards. During this conversation, they share specific strategies med students can use to overcome these issues.

“I think time management is probably one of the biggest problems [with having ADHD in med school]. You’re fighting against time. You’ve got a set amount of hours between one test to the next. And so, you know you have a set amount of work that has to be put in, in that set amount of time. But that’s the fight against time because your ADHD is making you want to do other things. So, when you should be studying, you’re looking at your phone, watching videos, and doing anything else besides studying. And it’s a constant fight against time that you’re wasting and losing.” – Dr. Mike

We’ll dig even deeper into various ways learning in med school is complicated by ADHD in future episodes. Be sure to stay up to date on our latest podcast episodes, videos, and posts by joining our mailing list!

Mike] A lot, I mean, you know, it would either be a lot or very few.