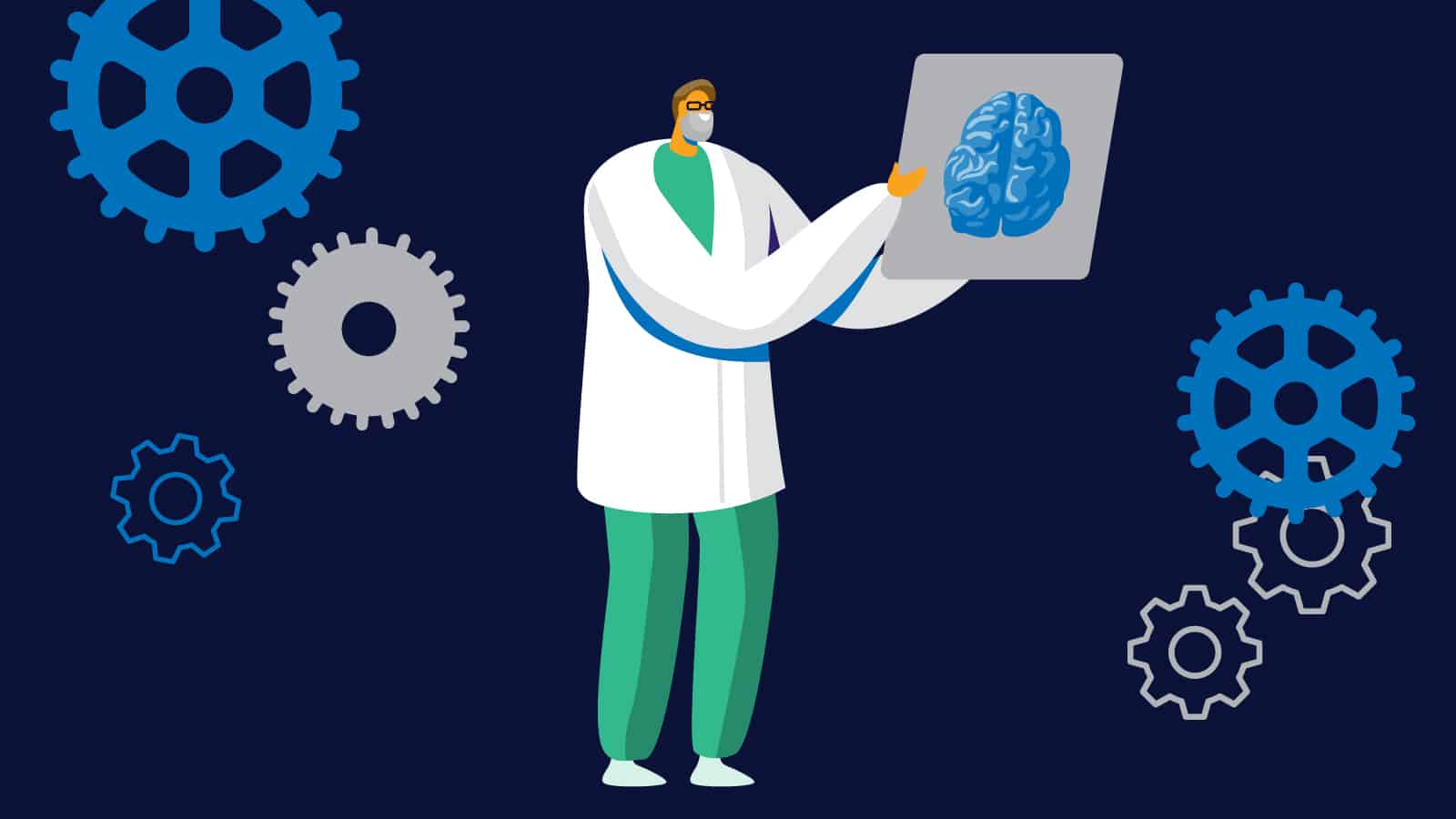 Have you failed the boards? You’re not alone. Even super-smart med students and doctors often struggle with these tests. In short, bad test-taking is a thing.

Over the past decade, we’ve worked with hundreds of medical students and professionals who had the skills and the brainpower to be brilliant physicians. Yet, they were failing their boards, shelf exams, in-service exams, specialty boards, or other similar tests like the NAPLEX or NAVLE.

So, we started digging into this problem. And what we found surprised us. There are five shockingly consistent problems medical students and physicians who identify as “bad-test-takers” struggle with when testing.

These people truly know their stuff, but they just can’t show what they know on test day.

In this five-part series, we’re digging into the top reasons people have failed the boards (or other boards-style exams).

But first, how do you know if you’re a “bad” test-taker vs. someone who wasn’t prepared for the test? One way to tell is if you routinely realize you should have gotten missed questions right after reading the explanation. If you know the material well enough to have that “ugh! I can’t believe I missed that” moment on a fairly regular basis, then you might have a test-taking problem. If not, you might not be studying effectively.

Ok — so you’re having a lot of those “blurgh!” moments. How do we prevent them from happening again?

By design, boards questions are composed of dense, complex clinical vignettes. You’re provided with a lot of information to keep track of.

And that leads us to problem one: board exams are inadvertently biased toward individuals with higher than average working memories.

Now, this is a theory I first developed back in 2012, and it’s held up over the past eight years through our work with countless students and doctors.

Conventional wisdom and outdated learning theories assume that people who can juggle a lot of information simultaneously are smarter than those who can’t. Operating under this assumption, test developers have — perhaps without even realizing it — crafted exam formats and structures that place a lot of burden on your working memory.

But here’s the thing: it’s an inaccurate premise. While there might be some correlation between IQ and working memory, plenty of highly intelligent people have average — or even weak — working memories. We have worked with hundreds of incredibly bright doctors and aspiring doctors who struggle in this arena, and they’re unfairly penalized by the structure of these tests.

The crazy part is, no one talks about this. It’s not something you’re taught to work through in school. And your rock star med school peers with their own YouTube channels definitely aren’t aware of this. Their advice is typically just “study harder,” “trust yourself,” or “do it like I do it.”

But the majority of the students and physicians who we help are working plenty hard. And it’s hard to trust yourself if you’re struggling with hidden issues most people don’t understand and certainly haven’t acknowledged.

Beyond all that, it’s ridiculous to think everyone’s brain works the same. We know people have diverse skills and abilities. So, if you’re following all the traditional advice and not seeing the results you want — read on.

How do you know if your working memory’s limitations are getting in your way?

One indicator we’ve identified is that test-takers will “lose” or overlook key pieces of information when reading through exam questions. Of course, if you don’t have a complete picture, multiple answers can seem viable. Too often, we hear our students say: “I narrowed it down to two, then picked the wrong one!” This is incredibly frustrating, and it can make you feel like the test is loaded with “trick questions.”

What’s going on to cause some information to get “lost?” To dive into that, we need to take a quick detour into how your working memory… well, works. Your working memory is like a “mental chalkboard.” It’s where you solve problems quickly. But, just like a chalkboard, space is limited.

The first step to solving any problem is understanding it, so let’s take a closer look at what happens to folks whose working memory limitations may be getting in their way.

To keep things simple, we refer to the capacity to hold items in your working memory as “slots.” If you’ve ever forgotten a phone number moments after someone read it aloud to you, you’ve experienced an overload of your working memory’s capacity. Your working memory can only hold so many pieces of information at once — and you ran out of slots.

Many factors can impact how many slots your memory has available and your capacity is not necessarily fixed or constant. For example, individuals with ADHD tend to experience reduced working memory in general while people with test anxiety tend to have fewer “slots” on exam day. But if you struggle with working memory, it doesn’t necessarily mean there’s a problem to correct. It might just be the way your brain works — and that’s ok.

Most psychologists say that, on average, people can keep about seven pieces of information in their working memories at one time, plus or minus two. In other words, you’ve probably got between 5 and 9 slots in which to store info.

I theorize that those who are good test-takers at the medical boards level typically have nine, ten, or even 11 working memory slots. Again, I think the tests have been unintentionally designed for those with above-average working memories. Meanwhile, many of the bad test-takers we work with seem to have typical or weak working memories.

So, what happens if your slots fill up and there’s still more information coming at you? Your working memory will get overloaded — and something will get overwritten or compressed.

When new information comes in, the new data overwrites or deletes existing data. Imagine that when your cell phone memory fills up, it didn’t alert you and instead just started deleting apps or files randomly. That would be super annoying… and unfortunately, that’s kind of what our brains do. Your brain doesn’t send you a popup message to let you know your memory slots are “full.” It just overwrites or compresses information to make room for the most recent input.

How does that play out on test day?

Let’s say you have an average working memory and you have seven slots available in which to store information. And let’s take a look at the clues in a typical board exam question

Oh wait — that’s eight clues and you only have seven slots. So, what happens? You lose a clue as your brain overwrites the information in one slot. And now you evaluate the question like this:

You have two plausible choices when you look at the answer options: treatment for an acute issue or treatment for a chronic issue. The note about symptoms starting two days ago got overwritten, but your working memory preserved the note that she’s had lower back pain for years. So, you opt for the chronic option — and you get the question wrong.

This is a simplistic example, but the point is this: when working memory is overloaded, it can cause you to miss key clues. And without the complete picture, wrong answers often look right. Feeling “tricked” by the test, it’s common to start to doubt your own knowledge. So, you hit the books again — but your knowledge and understanding aren’t the problem and doubling down on studying doesn’t help.

Even if your working memory doesn’t completely overwrite information, it can still cause you problems. You may also experience what we refer to as the compression of information. This is when you unconsciously modify information to reduce its size. For example, “bilateral paraspinal muscle spasms” can just become “muscle spasms,” changing the way you approach answering the question.

Working memory limitations can also cause recency bias. This phenomenon makes the most recent piece of information identified seem like the most relevant, although it may not be. For other test-takers, the reverse can also be true. They may identify an early clue and predict the answer based on it. This can trick your brain into thinking the problem is solved, and then it doesn’t process the clues that follow.

So, what can you do?

There is no “quick fix” to improve your working memory. As I noted above, people with limited working memory often try to compensate by knowing everything they can about a topic. But this is an inefficient approach to solving the problem — and it’s brutally exhausting. If you’re in med school or a practicing physician, you know it’s really hard to “outwork” the problem with extra hours of study. There is a staggering amount of information you have to know, and there are already too few hours in the day.

A more practical solution is to find ways to alleviate some of the burden on your working memory during tests. In our STATMed Boards Exam Workshop, we teach a practical process that, among other things, limits the burden on your working memory while engaging with each and every question during training and on test day. That allows you to see the whole picture and show what you know on your boards. The workshop also identifies and mitigates other negative patterns.

Check out our series on the 5 common test-taking problems causing medical professionals to struggle.